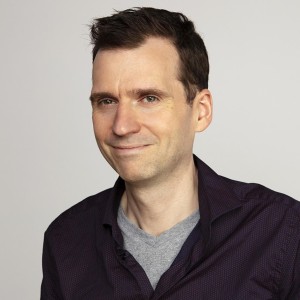 One Mistake That Kills Your Digital Marketing in Its Tracks

There are as many ways to get digital marketing wrong as there are to get it right, but lately we’ve been noticing that lots of businesses seem to be making the same mistake again and again: they ask for too much too soon.

This error plays out in a number of different ways. In some instances, it means placing long questionnaires with detailed information (like financial status, personal mailing addresses, and so on) at the end of a landing page. In other cases, it has to do with asking for a credit card number or other commitment at the end of a short video or introductory landing page.

Each of these steps can be a good conversion goal for digital marketing, but problems happen when you start asking for too much too soon. To show you why – and more importantly, what you can do about it – here are a handful of principles to keep in mind:

Some transactions, like a purchase for money, are easy to understand in terms of value. What you are offering has to be worth more (in the minds of the buyers) or the exchange won’t happen. When you ask for something like an email address or phone number, however, remember that the customer is giving you something that’s worth as much as money to them in the form of their trust. They may be worried that you’re going to spam them or sell their information to someone else.

In digital marketing, the more something is worth, the more you can ask for it

Most people who are interested in your products or services will trade an email address to get a report or schedule a consultation. If you’re asking for more than that, though (and especially information about their business or personal lives), what you’re giving them in return had better have a lot of value to them.

Big conversions should be broken into small steps

When you put the first two points together, it’s easy to understand that big conversions (like expensive purchases or big chunks of information) should often be broken down into several smaller conversions or transactions. For example, you might trade a report for an email address, an in-person consultation for a detailed profile, and so on.

When possible, give cautious buyers a second option

The bigger your conversion goal is, the more likely you are to have some prospects who just won’t commit. For them, it’s a good idea to have a secondary conversion goal (like signing up for your email newsletter). By furthering the business relationship now, even just a little, you might make it possible to open bigger doors later.

Taking a step back from your ultimate conversion goal and asking for something smaller can be difficult for some marketers, but in the end getting something from the potential customer is better than getting nothing at all. That’s especially true if you’re spending money (in the form of pay-per-click ads, sponsored listings, etc.) to generate traffic to a landing page.

Asking for too much too soon in digital marketing puts prospects in an awkward position and kills your conversions. Make sure you aren’t committing this ever-so-common blunder.

Our Marketing Tools Include:

Need a marketing roadmap to guide your firm?