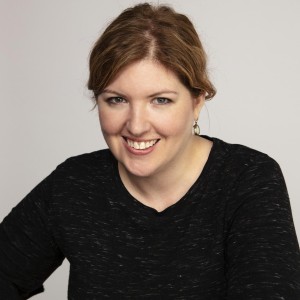 Having a robust sales funnel helps building materials company owners sleep at night, because it means there are a good number of leads at various stages of buying readiness. When your sales funnel isn’t so robust, the opposite is true – building products company leadership and sales teams can start to worry about where the next sale is going to come from.

The best way to stave off sales funnel panic is to diagnose and remedy any issues before they become big problems. In this blog post, we’ll show you how to know if you’ve got sales funnel problems.

First, a quick recap of the sales funnel. At the top of the sales funnel is Awareness. The goal of the Awareness stage is – not surprisingly – to create awareness of your company and what it sells.

Next, we have the Interest stage, in which people become interested in what you offer. Your website is the most important part of the Interest funnel because it’s the first place a prospect will go for more information. The website needs to clearly explain your company and your products – using not only words but also photos and videos.

The third stage is Desire, where the goal is to have the prospect want what you offer. For example, the customer doesn’t just want a window – they want your window.

At the bottom of the sales funnel is the last stage: Action. This is when people do one of two things. They either move forward with a sale or they “drop out” of the funnel and you can begin to re-engage with them in a different stage.

Just like a physical funnel, the top is the widest part. This is because the largest number of people will be in the Awareness stage. As they learn more about your company and your products, some people will decide they don’t currently need or want what you sell, and they will drop out of the funnel. This is a good thing, because people at the bottom of the funnel are people who are likely to buy what you sell. These are the people your sales team should be spending time on.

Being Able to See Your Sales Funnel

It is absolutely vital that you’re able to see your sales funnel. If your company has a customer relationship management tool (CRM) – and you absolutely should – there will most likely be a graphic in your dashboard that displays your sales funnel and how many of your contacts are in each stage. More involved and costly CRMs will move people between sales stages based on triggers that are set up in the back end and dovetail with your marketing platforms, including website, e-newsletter system, and social media accounts. At the other end of the spectrum are less-complicated systems that require you to move people from one stage to another based on criteria you establish. Either way, you will see a funnel-shaped graphic with numbers that represent either the number of prospects in each stage or the dollar value of the prospects in each stage.

In order to get an accurate picture of your sales funnel, you’ll need to continually add information about new sales inquiries and communications with your prospects. This is the only way to get the right data so you can see what’s working. Again, much of this can be automated with paid systems, but even the most expensive and automated systems will still need maintenance.

Common Sales Funnel Problems and How to Fix Them

You don’t have enough leads in your Awareness stage.

Why it matters: The nature of the sales funnel is that not everyone who comes in at the top. The number of people who will actually buy from you is a fraction of the number who are aware of you. For example, assume that 10% of people in the Awareness stage will make their way through the funnel to a sale. If you have 10 Awareness leads, you can reasonably expect to make one sale if everything goes right. However, if you have 200 Awareness leads, the sales number is likely closer to 20. It’s true that leads can come in at any stage of the funnel, but statistically, you will have more success if you have a larger number of leads at the top of your funnel.

How to fix it: Awareness is probably the easiest stage to fill, but it takes some work.

People aren’t moving down the funnel.

Why it matters: Having lots of prospects aware of you is part of the equation – but if those people never make it out of the Awareness stage, they’ll never make it to a sale. People need to take an action that moves them down the sales funnel (like signing up for an e-newsletter). They won’t take action without a reason for acting.

People are moving down the funnel, but they’re not buying.

Why it matters: If people aren’t buying from you … you’re not growing your sales.

Everyone’s moving down the funnel. It’s a rectangle instead of an inverted triangle.

Why it matters: If you have a rectangle, you will have the same number of prospects who say they’re ready to buy as you do leads. This may sound like a good result, but it actually means two things: (1) you have few or no long-term prospects, and/or (2) people don’t fully understand what you’re selling (the more niche of a product you offer, the more likely this is to be a problem). If everyone who knows about you is ready to buy today, you can either ramp up capacity to sell to a large number of customers and hope that others come along in the future, or you can turn away people and tell them to try again later. A much better outcome is to use the sales funnel to your advantage to make sure you have people who fully understand your product and who are in different stages of buying readiness.

Building up the right sales funnel for your company takes time, consideration, and combined effort from both marketing and sales. By discovering where your funnel might be coming up short, you can fix problems before they become revenue emergencies.

Graphicmachine is a Marketing Agency Based in Kansas City Servicing Professional Services Firms Across the US
Advertising, Digital, Branding, Design, Marketing for Architects, Building Materials, & Construction.